WELCOME TO THE FREE " GO TO " ON - LINE WORLD ' BOOK OF CHANGE ': ' I CHING ' AND THE OBSERVER EFFECT ... UNDERSTANDING THE PHYSICS OF CHANGE WITH WITH SCIENTIFIC AND VIDEO COMMENTARY

"Dear Mr. Morales; To us... The universe is a quantum computer. We found your web page from a dream my mom had this morning with 3 doors & many keys she was carrying.  In our native aboriginal language of Ojibway/Chipewa the word "I-Ching" means to us, "NI-CHING" [ The self that journeys from within ]." According to MIT professor Seth Lloyd, the answer is... "YES. We could be living in the kind of digital world depicted in 'The Matrix', and not even know it."

THE LATIN WORD FOR FINGER IS DIGIT. Binary I Ching is based on 1 ( yang ) and 0 ( yin ). Finger-print formation starts at the 10th week of pregnancy after the arrival of Merkel cells.

I CHING' is the basis for chinese medicine, asian martial arts, Feng Shui, computers, and Universal Product Code (UPC). It's "ideograms" may have formed the basis of Chinese, Japanese, and possibly Mesoamerican Olmec writing. Gavin Menzies' meanderings explains how 1st dynasty Chinese found their way to America. My own 'I Ching' research keeps turning up artifacts and striking evidence of I Ching inflence. The Hamitic family branch spread from Mesopotamia and founded all the 1st civilizations in the world: Africa, India ( Dravidians ), Xia (Chinese), Xi (Olmec).

Consider the shell pattern of a tortoise and the patterns created by vibrating sand at around 5201 hz on a Chladni cymatic plate. Plastromancy is a form of divination using the plastron, or undershell of a turtle. Tortoise shells were heated over a flame until they cracked into patterns that could be read. The shells were marked with interpretations and stored for reference.

I CHING' may have began as a primitive agricultural "almanac" over 3,000 years ago, in Sumeria, with "schools" migrating east and west with evolutionary contributions and commentaries by sages such as the Chinese Philosopher Confucius. Wikipedia has a respectable article on I Ching.

Ancient Hebrew high priests used the Urim and Thummim stones to divine the will of God. 'Urim' represents light, or 'yang?', 'Thummim' represent unknown, or 'yin?'.

THE BIBLE USES MINOR PROPHESY MODEL TO POINT TO FUTURE MAJOR PROPHESY. Ecclesiastes 1:9 says, "What has been will be again. what has been done will be done again. There is nothing new under the sun" implying that everything in the universe is fractal, including time itself. The 'I CHING' is about cause and effect non-rigid time patterning and free will. Future or fortune telling implies predestination or pedetermination. The I Ching uses an ancient method that reads you, speaking to the obvious, creating a situational bar code that provides NAVIGATIONAL INSIGHTS.

'I CHING' AND THE "OBSERVER EFFECT": Understanding The Physics of Change.

The 'observer effect' refers to situations in science where the act of observing a system has an impact on the system being observed like checking pressure in a tire causes a release of air which, in turn, causes a slight change in the tire pressure. We all know that behavior changes in the presence of a camera. 'I CHING' metaphorically helps you to process issues and realize your place in the present-future contruct. THE "OBSERVER EFFECT" allows you observe and therefore effect your own personal "lathe of time" by factoring-in the various aspects of the present. HISTORY SCREAMS WHEN IT HAS TO REPEAT ITSELF.

'I CHING' helps you deal with any question you may have about your not-so-unique situation and quantifies your energy field ("CHI") with the use of 3 coins and the construction of a "Universal Problem Code" which is like the familiar "Universal Product Code" seen on all products.

DOCTOR KRISHNA KANT SHUKLA ON 'BEING OF "SOUND" MIND'. UNDERSTANDING THE PHYSICS OF CHANGE. The "observer effect", or theory, refers to the simple act of observing which subtly changes that which is being observed like checking the pressure in a tire which causes a slight release of air.

Conversely ignorance & apathy promotes "occult" paradigms of dire consequence and moral idiocy. WAKE UP! The truth is free and will set you free. Everything else will cost you in some way. I CHING is science. The observation, identification, description, experimental investigation, and theoretical explanation of phenomena. My own criteria is that phenomena must be mathamatically explainable and repeatable.

I CHING shares a "cosmic-mind" in the 64 DNA codons and the 64 hexagrams of the 'I CHING'.

PEACE IS YIN. AWARENESS IS YANG. Watch out for globalist peace movements that are the worst kind of violence in that they tend to exclude and smother the diversity of ideas and opinions where awareness and resonance prospers emerging from the realm of quantum electric potentiality but is treated as "thought crimes". Peace comes out maybe once a generation but awareness is always on. Extreme peace is death. Synchronicity requires moving parts. We can celebrate diversity, and uniqueness, and yet have our hearts beat as one. This aspect of I Ching synchronicity is best demonstrated by the YOUTUBE video below.


"Consulting The Book of Change amounts to almost a session with your favorite psychoanalyst". - Biologist Dr. Lyall Watson referring to the weird accuracy of the 'I CHING' in his book SuperNature

A "great and singular book." Psychoanalyst Dr. Carl Jung, seems seduced by it in his 'Foreword' to the Wilhem-Baynes 'I CHING' Edition.

"The Chinese Book of Changes: 'I CHING' is unquestionably one of the world's most important books". - Dr. Fritjof Capra, 'The Tao of Physics'

"I had a beautiful experience which set me on a road that has led to the writing of The 'Tao of Physics'. I was sitting by the ocean one late summer afternoon, watching the waves rolling in and feeling the rhythm of my breathing, when I, suddenly became aware of my whole environment as being engaged in a gigantic cosmic dance. Being a physicist, I knew that the sand, rocks, water, and air around me were made of vibrating molecules and atoms, and that these consisted of particles which interacted with one another by creating and destroying other particles. I knew also that the earth's atmosphere was continually bombarded by showers of "cosmic rays," particles of high energy undergoing multiple collisions as they penetrated the air. I "saw" cascades of energy coming down from outer space, in which particles 'were created and destroyed in rhythmic pulses; I "saw" the atoms of the elements and those of my body participating in this cosmic dance of energy; I felt its rhythm and I "heard" its sound." - Dr. Fritjof Capra.

I experienced this phenomena. I could hear the sublime "Om" of the universe behind the rhythm of the waves and see sublime anthemion resonance patterns (background) being scribed in the dewed sand that would soon fade like snowflakes in the in the dance of light. I believe that everything, everyone, and even events resonate with this "sound" or "wave" or "word" from the "God Head" and I believe that the 'I CHING' is a means to better understand these processes.

Matter is the lowest form of energy. The architecture of what we perceive as matter is the result of the resonation of the highest form of energy (sometimes known as "God"). The squirm of life as we know it is the result of the flux between matter and energy. The invisible universe is populated by variously named cosmic rays that range from short to long wavelengths. Who is to say that these waves do not possess some sort of inscribed personality, intelligence, and purpose like a DNA helix and that they do not possibly manifest to some as angels, aliens, or U.F.O.s and that our minds do not act like holovision or radio receptors to certain intergalactic wave frequencies. Many of these intergalactic waves are similar in frequency to our own brain waves and may well influence our thoughts and perceptual patterns.

ON THE SAME WAVE
Have you ever thought of a song and turned on the radio and that same song is playing? Ever catch a yawn? This is "resonance".

TUNING IN
Some can align themselves with the purest, highest wavelengths (sometimes known as "The God Head"). The rest of us just squirm, like worms, on a hook of an undulating wavelength (sometimes known as "collective unconscious" or "hive mind"). Some find it easier to align with the lower wavelengths becoming dissonance in the symphony of creation. Even the best of us can snap & become dissonant but we have the assurance of a higher state of being.

X-RAYS
Can our health or "Life Force" be altered by extraterrestrial waves (some of which can be harmful, like U.V. rays). Can we defend against certain potentially harmful wavelengths? Can prayer and meditation help? What value is there in the use of proper "vibrational" names and mantras? (The title "god" is merely a generic label for anything that can affect our lives).

ARE YOU A "CONTACT HIGH" OR A "TOXIC" PERSON?
Attitude can affect our electromagnetic aura, make us sick, and even form tumors. It can filter and bias stimuli and information. It can disarm or dismay other people on an unconscious - reflexive level. It can even affect our luck or those we are emotionally attached to. Being alone is being in a God Head dialog. This may make you special but remember... This love is not yours to keep. It is a gift that grows when you share it.

USING THE 'I CHING' TO FIGURE "LIFE FORCE" or "CHI".
Various frequencies of electromagnetic fields are the glue that bond atoms to their relative positions (better known as "matter"). We are also matter and subject to the same dictates of electromagnetic construct. Chemical reactions within our bodies produce the electronic energy that is conducted through our neural pathways. This process invariably produces subtle electronic AURA which can sublimely influence electrons of inanimate objects like coins that remain in close contact. Coins are commonly carried and their conductivity are useful though other objects can be adapted.

INTEGRATED PROBLEM - CONFLICT MANAGEMENT
Most people tend to use only one side of their brain, or the other, in everyday life.  But creative approaches may not always be practical and practical analyses may not creatively factor-in the "Big Picture" or adequate intuitive brainstorming. Shaking 3 coins with both hands, as if they are dice, involves both creative & practical parts of the brain in the resolution process.  Furthermore, the mathematical construct of the Universal Problem Code (UPC) may engage mathematical reasoning in the process AND may also serve as a form of writing therapy. Researchers at Dana-Farber Cancer Institute & Harvard Medical School found that writing therapy boosts mental & physical health in patients suffering from cancer (DNA THERAPY!).

Please feel free to...
Use my 'I CHING' poetry and artwork CYBER BOOK

NOTE: Wikipedia has a respectable I Ching site map. 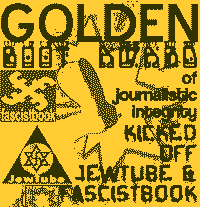